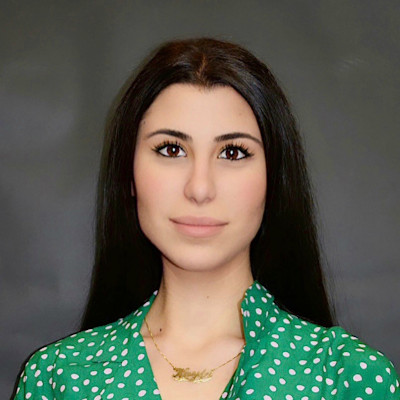 Growing up as an only child to successful parents, I had one goal, and that was to be as successful on my own. At the young age of 16, I endured the traumatic loss of my mother, thatforever changed my life. I had one choice, and that was to thrive. I received my Bachelor’sDegree from California State University Northridge in 2015 with a major in history. In 2016, I began my journey to becoming a lawyer. I completed my first year of law school, but soon afterI returned home. During the summer of 2017, I attended UCLA and received my paralegal certificate. That same year, I began my employment at McElfish Law Firm as a law clerk. Three months later I found myself in the Eastern District Federal Courthouse in New York City. I was seated next to Mr. McElfish, directly facing the jury. The experience on its own, was incomparable. Having the privilege to witness Mr. McElfish do what he is so great at, was a true inspiration. Working closely with him on numerous trials thereafter and sitting beside him as a second chair, allowed me to grow and appreciate the work of a trial lawyer. My proficiency and knowledge progressed rapidly, and I began to develop strong skills in agressive litigation and litigation support. The mentorship, trust, and opportunity that Mr. McElfish provided me, motivated me to return to law school. In 2020, I began to attend the University of West Los Angeles, all while continuing to do what I love most. The utmost rewarding aspect of this job is playing the role in helping people, whether privileged or under privileged, to piece their lives back together. Experiencing the traumatic loss of my mother at a young age, has allowed me to relate and connect with my clients on a stronger and deeper level. It is gratifying to help people get back on their feet after enduring a distressing incident. However, my struggles do not define my character, but instead shape me into the mature, striving, ambitious, and hard-working young woman that I am. With that aptitude, I am capable to accomplish my daily tasks as a paralegal and second chair to the highest degree.

Beginning in 2018 at the age of 27, Ms. Amroyan began trying her very first case as a paralegal and second chair in the Eastern District of New York Federal Courthouse. Over the past three years, Ms. Amroyan has assisted Mr. McElfish with nine jury trials all around Los Angeles, San Diego, and New York City. Additionally, she has participated in numerous successful mediations. She is an accomplished paralegal who is motivated and devoted in achieving the best results for her clients.

Ms. Amroyan dedicates her career in assisting the under privileged and privileged. Her compassionate character and personality allows her to communicate with her clients in a unique way. She is authentic and will go to extensive measures to make her clients feel comfortable and important. Ms. Amroyan’s main goal is to be able to represent and aid the people in piecing their lives back together. She finds pride in witnessing her clients get back to their daily lives and activities. Prior to attending law school, she always knew her personality was well suited to help the general public. While attending law school, she joined the civil legal practice with one objective, to help people.

Ms. Amroyan has endured many life altering obstacles in her life, but she has an impeccable motivation and desire to succeed. She has a matchless demeanor to never allow struggles to overcome her ability to move forward. She continues to attend law school on a part-time basis with an ambition to practice law herself. She has been passionate about law from a very young age and has dedicated her life in achieving her goal as a successful trial lawyer.

Would you like to speak to one of our lawyers before you hire us? Just choose the topic and we’ll be more than glad to answer any of your questions!